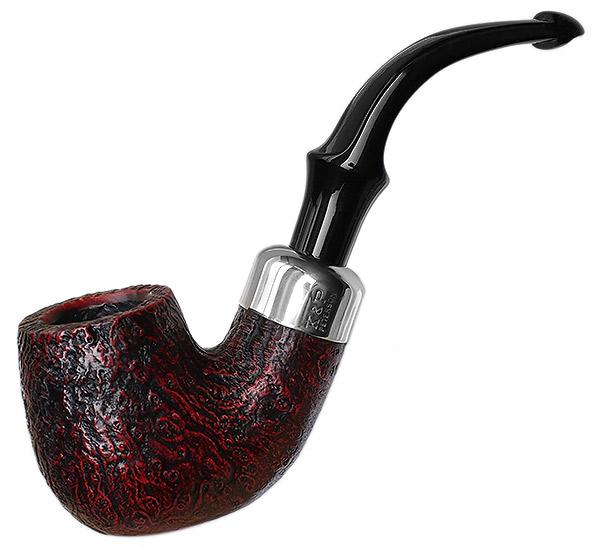 About The Shape
One of our largest and most robust variations on the classic, this bent Billiard offers a generous fire hole with thick insulating walls, as well as a more tubular transition and muscular shank that capture our House Style. Though bold and substantial, its half-bend lends it a natural impression when clenched in the teeth.
About The Series
Our flagship line, the System Standard stamp first appeared in 1945, but the entry-level design has been a staple in our catalogues since Charles Peterson secured his final patent in 1898. Designed to provide a cooler, drier smoke, each pipe features a deep reservoir within the shank to collect excess moisture; a graduated bore mouthpiece that funnels the smoke and allows moisture to collect within the reservoir; a sturdy nickel military mount, which allows the pipe to be broken down and cleaned without damage or warping; and our patented P-Lip bit, which draws the smoke upward, thus reducing tongue bite. While the P-Lip bit is the traditional choice, we also offer System Standard pipes with fishtail stems. Available here in a craggy Sandblasted finish.
About The Range
In 1890, after 15 years of handling and repairing pipes while working for the Kapps, Charles Peterson secured a patent in his own name, titled "A certain new and useful improvement in Tobacco-Pipes," which introduced a unique system comprised of a higher draft hole and a moisture reservoir bored into the shank and transition of a briar pipe. Over the next eight years, Charles continued to refine his System, applying for and securing patents for a graduated bore mouthpiece (1891), and a unique button design known today as the P-Lip (1894-1898). Designed to wick moisture away from the smoke, reduce tongue bite, and increase the longevity of the pipe, Peterson's complete System patent sparked a tradition of innovation, one we continue to uphold to this day. The System Pipe is the invisible source behind our unique House Style: our pipes' muscular shanks and transitions, tubular profile, and generous bends. Our overall shaping style has a distinctly antique form because it has remained largely unchanged for over 120 years.