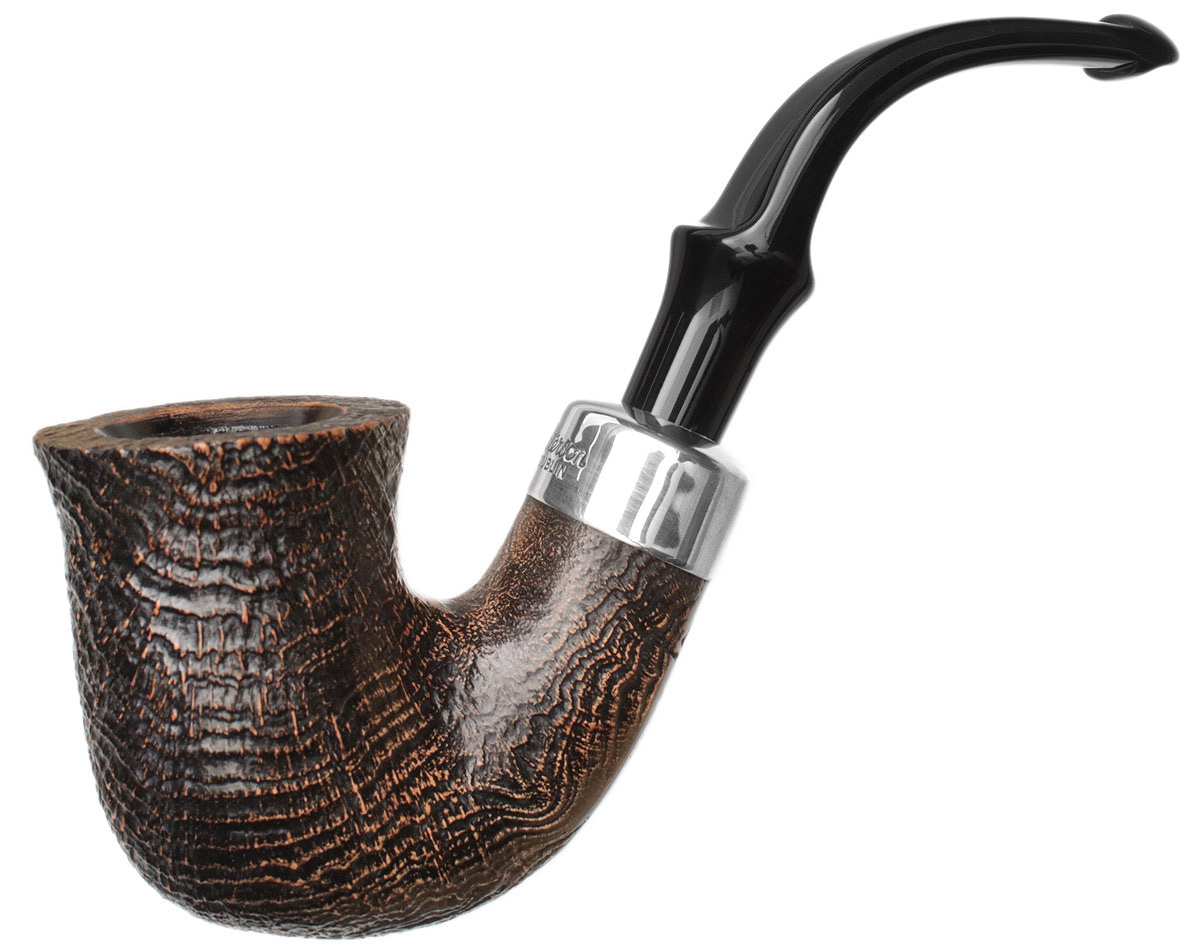 About The Shape
First appearing as our Sherlock Holmes Commemorative pipe in 1987, and later as part of our Original Sherlock Holmes collection (1899-1991), this extra-large Calabash shape was designed by our senior craftsman Paddy Larrigan, and features a bold, trumpeting bowl, deep, full bend, and the stout, muscular proportions that define our House Style.
About The Series
While the Premier System stamp was formally announced in our 1945 catalogue, the design itself dates to our original System grading system, where it was known simply as the Second Grade, a higher-tiered System pipe meant to bridge the gap between our entry-level System and Deluxe models. Complete with a deep reservoir to collect excess moisture from the smoke; a graduated bore mouthpiece that funnels the smoke and allows moisture to collect within the reservoir; a sturdy, sterling silver military mount, which allows the pipe to be broken down and cleaned without damage or warping; and our patented P-Lip bit, which draws the smoke upward, thus reducing tongue bite, the Premier System pipe incorporates all of Charles Peterson's patented System engineering, elevated through the use of select-quality bowls and fitments of semi-precious metals. Perfect for the Peterson enthusiast looking to upgrade their collection of System pipes. Seen here in the Sandblasted finish.
About The Range
In 1890, after 15 years of handling and repairing pipes while working for the Kapps, Charles Peterson secured a patent in his own name, titled "A certain new and useful improvement in Tobacco-Pipes," which introduced a unique system comprised of a higher draft hole and a moisture reservoir bored into the shank and transition of a briar pipe. Over the next eight years, Charles continued to refine his System, applying for and securing patents for a graduated bore mouthpiece (1891), and a unique button design known today as the P-Lip (1894-1898). Designed to wick moisture away from the smoke, reduce tongue bite, and increase the longevity of the pipe, Peterson's complete System patent sparked a tradition of innovation, one we continue to uphold to this day. The System Pipe is the invisible source behind our unique House Style: our pipes' muscular shanks and transitions, tubular profile, and generous bends. Our overall shaping style has a distinctly antique form because it has remained largely unchanged for over 120 years.