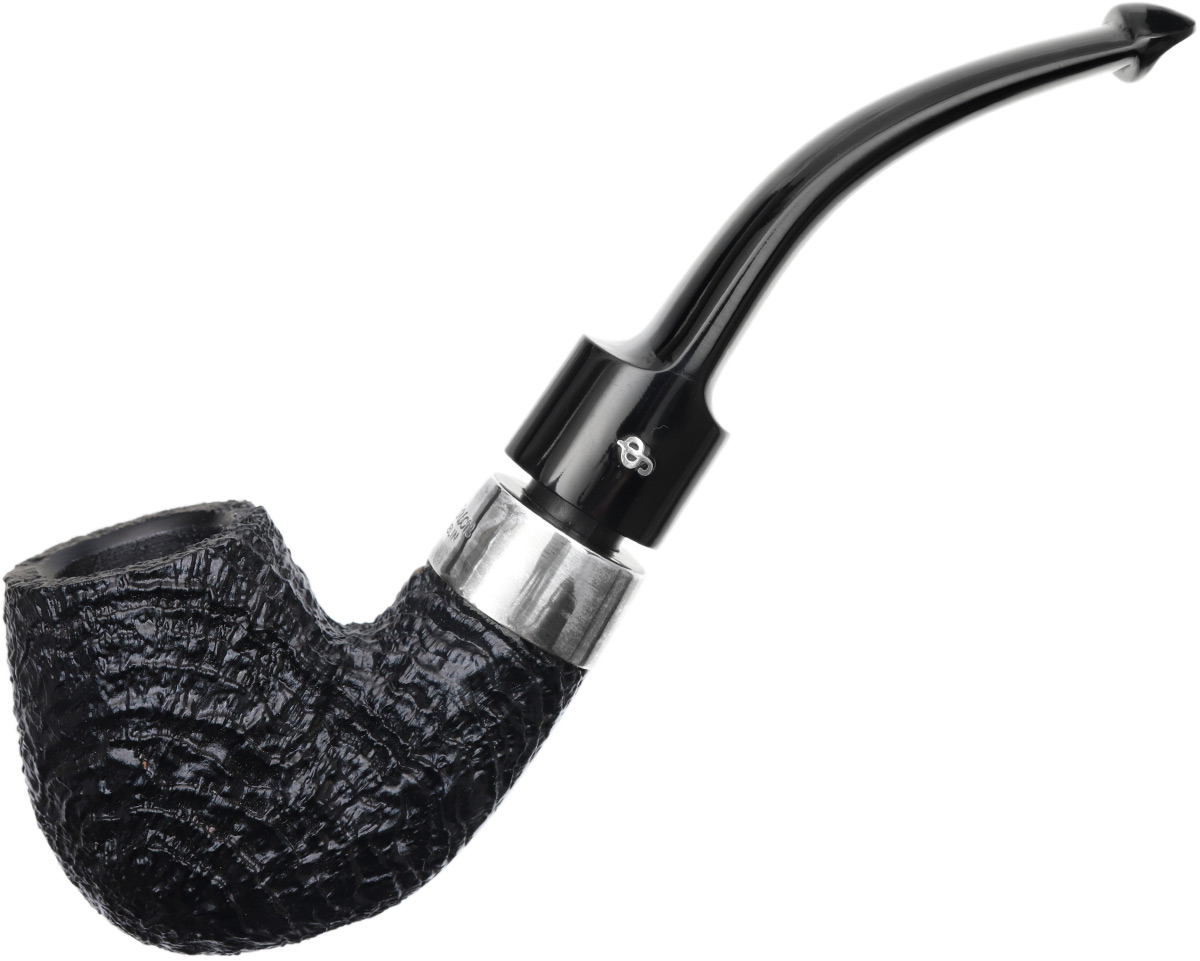 About The Shape
Among our largest, most robustly built bent Billiard shapes, this design captures our House Style with its spacious fire hole, stout insulating walls, and robust style of shank and transition. Its generous bend keeps it well balanced when clenched, making it a fan-favorite across a number of our ranges and series.
About The Series
While the Deluxe stamp first appeared on our System pipes in 1940, the design itself dates to our 1896 and 1906 catalogues and, with the exception of the Supreme, has always marked our highest tier of System pipe. Like the Premier System, System Standard, and System Spigot lines, the Deluxe System pipe incorporates Charles Peterson's patented System design, including a deep reservoir to collect excess moisture from the smoke; a graduated-bore mouthpiece that funnels the smoke and allows moisture to collect within the reservoir; a sturdy, sterling silver military mount, which allows the pipe to be broken down and cleaned without damage or warping; and our patented P-Lip bit, which draws the smoke upward, thus reducing tongue bite. The Deluxe differs from those aforementioned lines, comprised of bowls with only the finest grain patterns and featuring a sterling silver mount and a push-gap stem, which was never designed to be flush-fitting, the space between the mount and stem base gradually decreasing with prolonged use. The Deluxe also elevates the System pipe by fixing each stem with a traditional chimney, an aluminum fitment that extends the tenon past the chamber's airway for optimal System performance. Created for Peterson enthusiasts interested in acquiring the finest System pipe on the market, the Deluxe System will serve as the crown of any collection. Seen here in the Sandblasted finish.
About The Range
In 1890, after 15 years of handling and repairing pipes while working for the Kapps, Charles Peterson secured a patent in his own name, titled "A certain new and useful improvement in Tobacco-Pipes," which introduced a unique system comprised of a higher draft hole and a moisture reservoir bored into the shank and transition of a briar pipe. Over the next eight years, Charles continued to refine his System, applying for and securing patents for a graduated bore mouthpiece (1891), and a unique button design known today as the P-Lip (1894-1898). Designed to wick moisture away from the smoke, reduce tongue bite, and increase the longevity of the pipe, Peterson's complete System patent sparked a tradition of innovation, one we continue to uphold to this day. The System Pipe is the invisible source behind our unique House Style: our pipes' muscular shanks and transitions, tubular profile, and generous bends. Our overall shaping style has a distinctly antique form because it has remained largely unchanged for over 120 years.