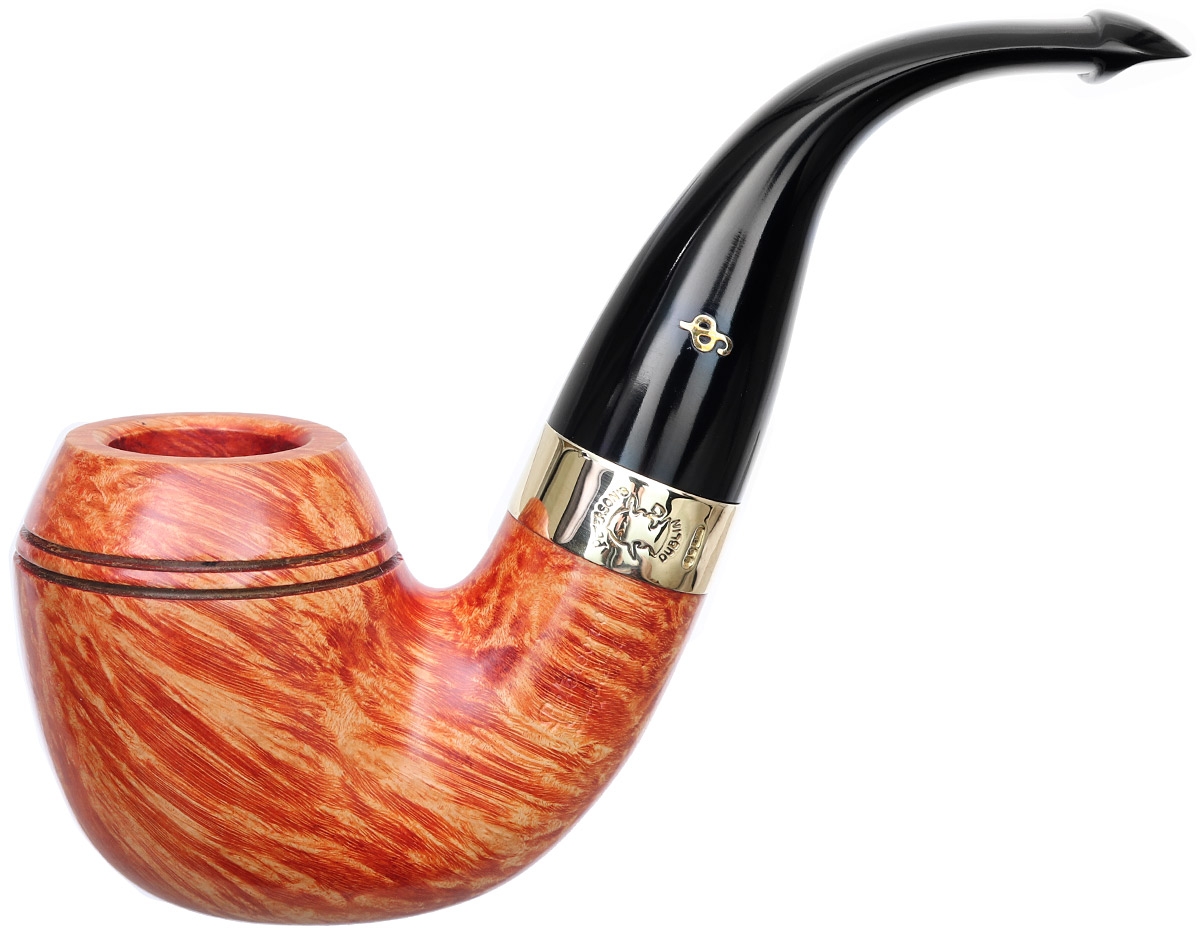 About The Shape
Originally released as part of our Original Sherlock Holmes collection (1989-1991), this fully bent Rhodesian shape was designed by our senior craftsman Paddy Larrigan and features a tall, softly tapered bowl set to a stout transition and a muscular, tubular shank, exemplifying the hearty proportions that characterise our signature House Style.
About The Series
Across all of our ranges and series, the Supreme line is our highest grade, the pinnacle of our production. First appearing in 1953, the prestigious designation fell out of use throughout the 2000s, until we resurrected it in 2019. Only one in 2,000 stummels fashioned at our Sallynoggin factory meets the line's strict criteria, making it our rarest offering. The Sherlock Holmes Supreme Gold Mounted showcases the highest-quality Sherlock Holmes designs in a kingly presentation, combining our signature natural smooth finish with a 9kt. Gold mount.
About The Range
In 1987, we released a special commemorative pipe to celebrate the 100th anniversary of A Study in Scarlet, Sir Arthur Conan Doyle's first novel in the Sherlock Holmes universe, originally published in the November 1887 issue of Beeton's Christmas Annual. The pipe was a tubular, almost trumpeting Calabash shape: an XL version of the 305(b) System first designed by our senior craftsman, Paddy Larrigan. That design is better known today as the Original.