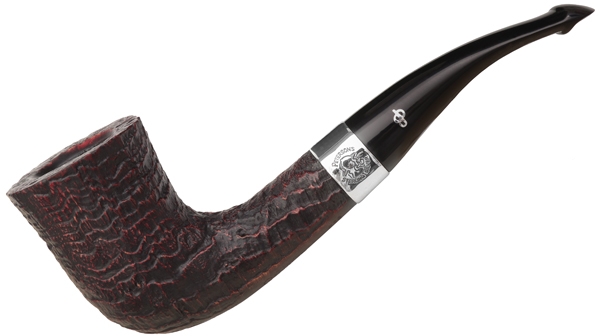 About The Shape
Originally released as part of our Return of Sherlock Holmes series (1992-1997), this svelte, slightly bent Dublin shape was first designed by German pipemaker Jan Harry Seiffert (son of Detlef Seiffert, who was the godson of our own Harry Kapp). Featuring elements of the classic Zulu or Yachtsman design, it's a sophisticated shape with graceful lines.
About The Series
The Sherlock Holmes PSB line presents all our fabled, Sherlock-inspired shapes in deep, craggy sandblasted finish, a grade reserved for bowls of only the most consistent and well-defined grain patterns. Accented by broad sterling silver bands and traditional, jet-black stems.