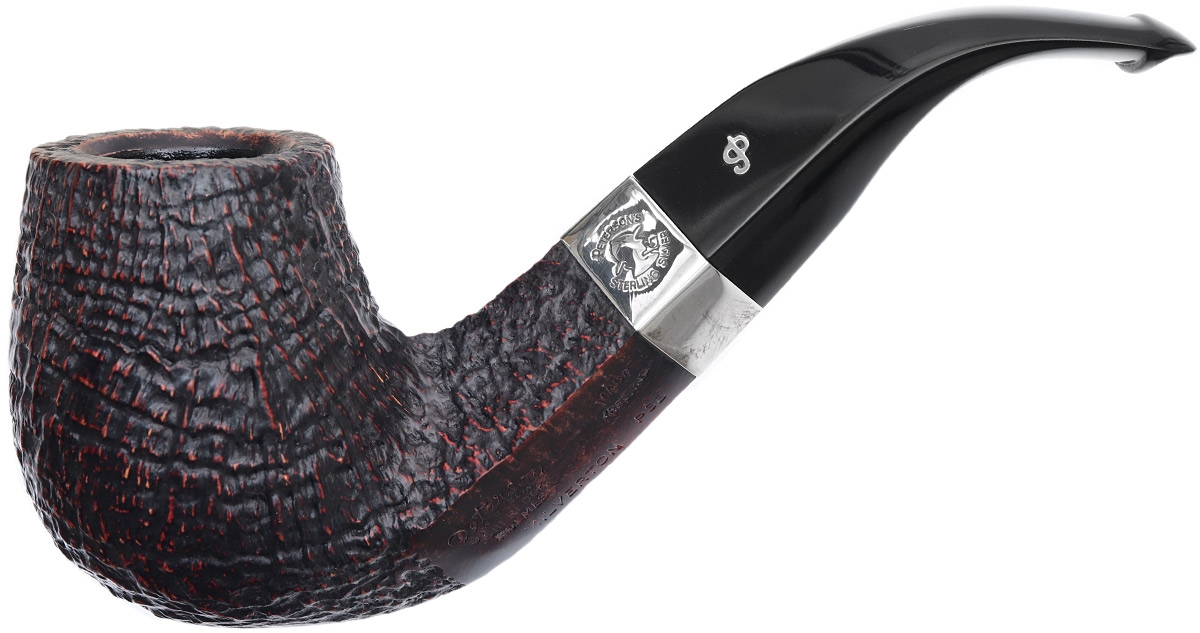 About The Shape
Originally released as part of our Return of Sherlock Holmes series (1992-1997), this hybridised shape combines the traditional, softly rounded bowl of a Billiard with a stout, crisply paneled Bulldog shank, tied together by a tight transition and a well-balanced half bend.
About The Series
The Sherlock Holmes PSB line presents all our fabled, Sherlock-inspired shapes in deep, craggy sandblasted finish, a grade reserved for bowls of only the most consistent and well-defined grain patterns. Accented by broad sterling silver bands and traditional, jet-black stems.