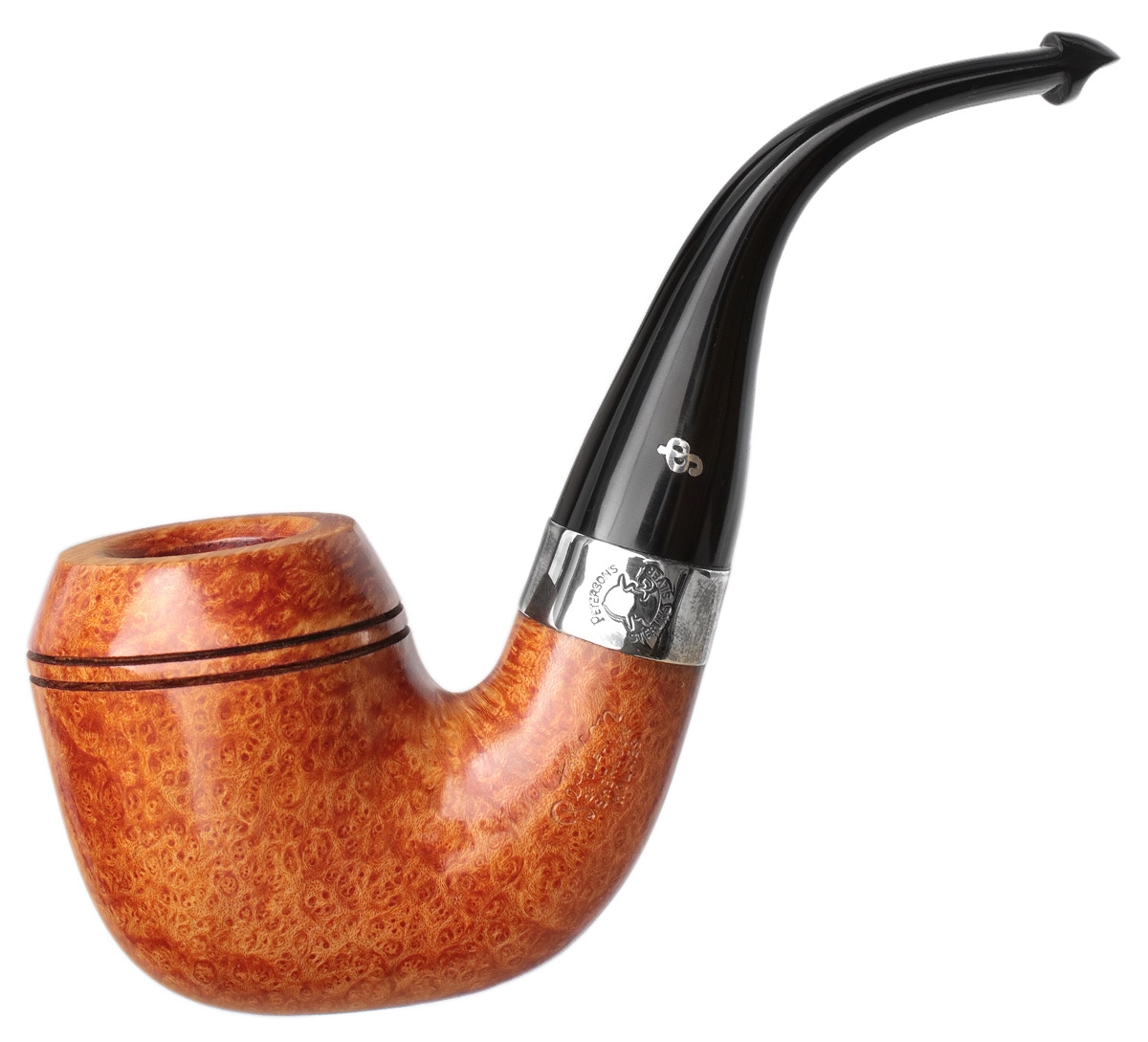 About The Shape
Originally released as part of our Original Sherlock Holmes collection (1989-1991), this fully bent Rhodesian was designed by our senior craftsman Paddy Larrigan from a sketch made by our dear friend Mario Lubinski. A hybridised shape, it combines elements of the Oom Paul and Calabash and serves as a partner to the extra large, trumpeting Calabash of the Original, designed by Paddy in 1987.
About The Series
The Sherlock Holmes Dark Smooth line presents all our fabled, Sherlock-inspired shapes in a warm, honey-blonde stain, a finish reserved for bowls of only the most consistent and well-defined grain patterns. Accented by broad sterling silver bands and traditional, jet-black stems.
About The Range
In 1987, we released a special commemorative pipe to celebrate the 100th anniversary of A Study in Scarlet, Sir Arthur Conan Doyles' first novel in the Sherlock Holmes universe, originally published in the November 1887 issue of Beeton's Christmas Annual. The pipe was a tubular, almost trumpeting Calabash shape: an XL version of the 305(b) System first designed by our senior craftsman, Paddy Larrigan. That design is better known today as the Original.