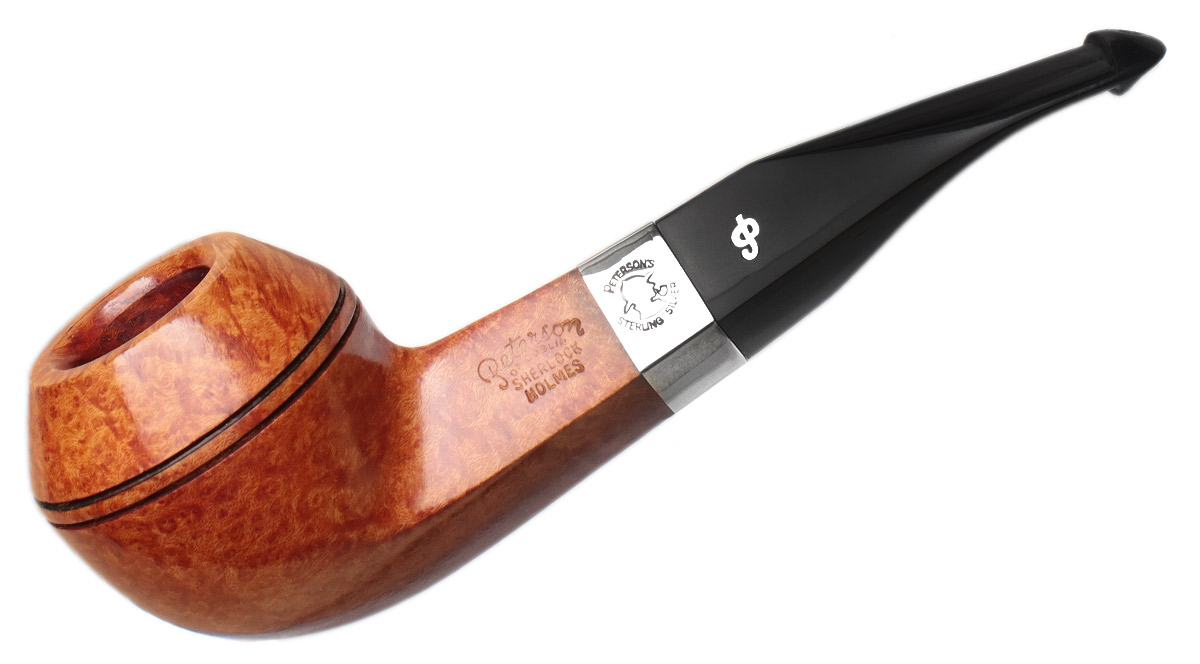 About The Shape
Originally released as part of our Return of Sherlock Holmes series (1992-1997), this squat, slightly bent interpretation of the Bulldog shape was first designed by German pipemaker Jan Harry Seiffert (son of Detlef Seiffert, who was the godson of our own Harry Kapp). Intensely muscular and crisp of line, it's a comforting, stout shape with classic appeal.
About The Series
The Sherlock Holmes Dark Smooth line presents all our fabled, Sherlock-inspired shapes in a warm, honey-blonde stain, a finish reserved for bowls of only the most consistent and well-defined grain patterns. Accented by broad sterling silver bands and traditional, jet-black stems.
About The Range
In 1987, we released a special commemorative pipe to celebrate the 100th anniversary of A Study in Scarlet, Sir Arthur Conan Doyles' first novel in the Sherlock Holmes universe, originally published in the November 1887 issue of Beeton's Christmas Annual. The pipe was a tubular, almost trumpeting Calabash shape: an XL version of the 305(b) System first designed by our senior craftsman, Paddy Larrigan. That design is better known today as the Original.