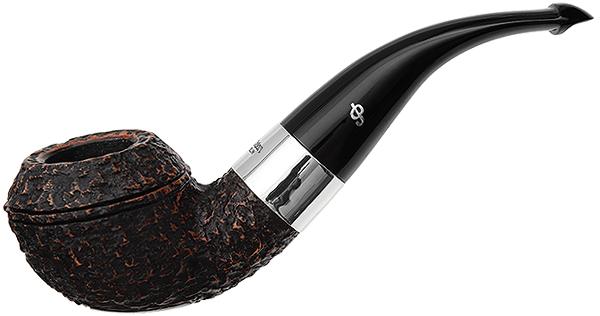 About The Shape
About The Series
Since 1997, we've offered a special edition Pipe of the Year: a series focused entirely around one singular shape, often inspired or revived from our archives and presented in a number of our most iconic finishes. 2019's Pipe of the Year was modelled after the original 999 or John Bull shape, which first appeared in our catalogues in 1937. While other factories would simply refer to similar shapes as Rhodesians, for us, the shape captured a kind of essential Englishness: stout, jovial, and bucolic. A nod to the national personification of the United Kingdom, it, thus, was dubbed the "John Bull" in the 1940s and maintained a particular character — its chubby proportions accentuated by a meaty shank, tapered mouthpiece, and very often, our patented P-Lip bit. It was this character that we sought to capture in the 2019 John Bull. Indeed, it resonates with Peterson tradition, from its reserved finish and extra wide sterling silver band to its iconic P-Lip bit. Seen here in the Rusticated finish.
About The Range
In addition to our regular production ranges, we also offer a number of limited-edition series unique to each year. These lines celebrate our rich history and tradition of craftsmanship, often looking to the past in order to innovate for tomorrow. From our annual Saint Patrick's Day and Christmas Pipe series to our singular Pipe of the Year models, these pieces are crafted for true Peterson collectors and enthusiasts.

Pipe of the Year 2019 Rusticated P-Lip