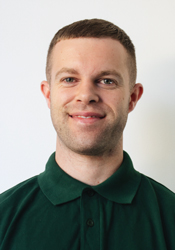 A classic generalist and all-rounder, Kevin has brought his signature enthusiasm and diverse skills to a number of roles since joining the team in 2008. Originally hired to help with bowl grading, he still assists in the bowl department, papering, and — when time permits — he pitches in with sandblasting. His peers credit him with being the strongest guy in the factory, so whenever something gets stuck or needs to be moved, you'll find Kevin in the mix.
We use cookies to provide you the best experience.
Please see our Cookie Policy to for more information about how we use cookies.
Cookie Policy Accept